Hey everyone. Facebook has a built-in marketplace where you could buy and sell things and in this video,

I wanted to show you how you could sell something on there.

So if you're familiar with things like eBay or Craigslist, it kind of works the same way.

But I started utilizing it and he ended up getting better results for me, then he did on eBay.

So I had some items on eBay, I put it on the market place.

And he's sold faster on the marketplace than he did on eBay and there are no fees because you're dealing with people like you do On Craigslist,

so you don't have to pay the fee that eBay takes from you if you sell something on there.

So let's jump into the computer.

I want to show you selling an actual item on there, so I'll show you how to list it.

And then I'll show you how to post it.

Let's jump into the computer, so I could show you that. If it's your first time here,

I post social media and tech tutorials that are easy to follow, five times a week, so please consider subscribing. Let's take a look.

I'll show you this process on a desktop.

Then I'll show you the mobile app version. First we need to go to the marketplace, so the Facebook Marketplace

has a link right here on the side, or you could just go to Facebook.com slash marketplace.

It will take you to the same place.

Let me go ahead and click that link and this is the Facebook marketplace on a desktop.

This is what it looks like. You could actually buy any of these items and the way it works is it's not like eBay.

You don't make a bid, and then you don't get the item via mail. You actually meet up with people like you would on Craigslist.

So if you wanted these MacBook Towers, I would contact this person through messenger and I would buy it, so when you sell something,

it's basically the same process.

So you could be on there buying or selling or you could click this link, so this is what I'm gonna do.

I'm gonna sell something and I'm gonna have an item for sale.

You could also sell a car here. I'll sell something simple right now. This is the box for selling something. Go ahead and choose a category.

So in this case, it's an electronic I'm going to see, and I'm selling a magnetic levitation global.

I'll show you what that is in a second, but I'm gonna type out the description here.

You could also look it up to get an idea for price.

So typically, this is selling for twenty one dollars new, so I'm just kind of seller for nine dollars here.

And I'm gonna put my location here. You could describe your item, so I actually have a link to that item here,

I'm gonna minimize this and I'm gonna put it over here, and then it says at photos.

I took some pictures with my phone. They're on my desktop here.

So this is what it actually looks like. I took about four pictures, but you could have up to ten.

So I'll select all these, I'll press open and then it will upload those.

It says I could have six plus more here.

And once they're uploaded, I could edit the pictures if I wanted to just like you would with any Facebook pictures.

You can move them around and sort them the way you wanted them to be sorted and that's it,

And just like that, it's been posted and once it sells, it will move over to the sold column.

You could still go ahead and manage and edit this post if you didn't like what you put here any time.

And once you sell it, because Facebook actually doesn't know that it's been sold, because it happens in person, you will have to press mark as sold.

Initiating to buy with a buyer and under browse you could still go and see everything near you. You could change

the mile radius, you could change the location, you could shop by category, by price.

It's really a great way to buy things nearby.

On a mobile device, the marketplace

actually has an icon right in the middle on the bottom, so right in the center, if I press that I go to the Marketplace.

It's basically the same marketplace that you saw on the desktop, but on the mobile app, it just has a different navigation to it.

But the selling process is not that different. So when you're on the marketplace here right next to your profile picture it says

what are you listing? if you click there, that's how you list an item on the mobile app.

I'm on an iOS app here, and I'll press item for sale right here, so the same process I just went through.

Again, what are you selling, so you put a description, price, category.

And then you could have a location and then if you want to ship it, it says offer shipping for this item.

Sso you could do that. You don't have to

actually meet with someone in person with the mobile app. You could actually ship it that way.

And then you could add pictures just the way you did, so I could just add the picture just like I did on the desktop

right there. I could add multiple pictures.

And let me just put test here just to show you. I'm not gonna actually post this one.

And you press next and then it will say do you want to share it publicly on the marketplace on your profile.

And then you could just press post and that's all you have to do to post that item. So to check the progress,

all you have to do is go to the store again.

So the same page and on top.

There is this icon says you if I click that it shows all the items that I'm selling and I actually got a couple messages already.

It has 17 views already. I let a couple minutes go by before I record this section of the video.

But 17 views, 2 offers, and they both agreed to come pick it up, so who ever offered it to me first,

I'm gonna go ahead and make the sell with them,

but that's where you could see what items you're selling

or buying right here on the mobile app and then the messages came from the messenger app, so when I clicked them it took me over to messenger.

So this sells actually completed. It just took a few minutes.

I had this on eBay for actually 10 days.

And I didn't get a single offer, only 6 views. This got 17 views, 2 offers within basically less than 5 minutes.

I hope this video was helpful, and you could sell something really quick here on Facebook marketplace.

Please give the video a thumbs up and subscribe to this channel.

I post tech tutorials and social media tutorials five times a week and as always I hope to see you on the next video.

Thanks so much for watching. 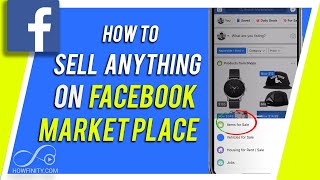 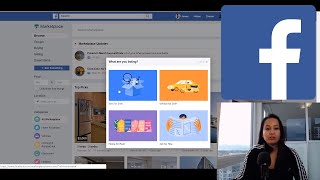 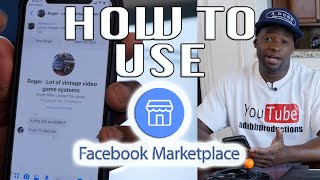 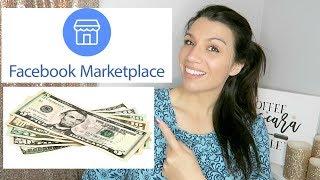 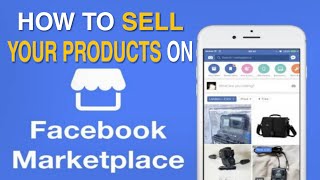 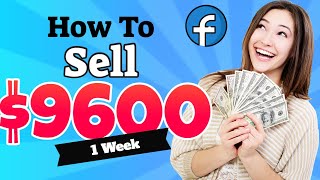 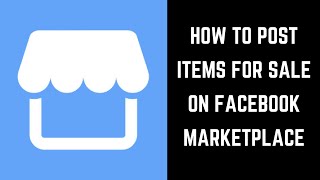 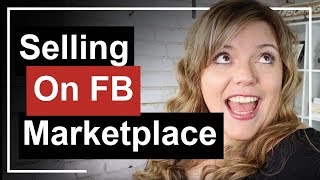 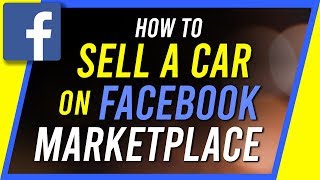 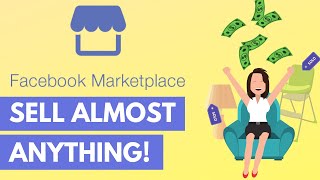