How to sell rental property without paying capital gains

A question I get quite often is what to do

when I sell my house to make sure that I pay no tax,

and that one's pretty easy.

There's something called a 121 exclusion

which most people know that you have to have lived

in the house 24 of the previous 60 months prior to selling,

and you have to pass the ownership test.

You have to own it when you sell it.

And so, in English, it means that if I lived in the house,

it's one of my primary residences, or my personal residence,

and I had 24 months during that period of time,

and it qualifies, then I could qualify,

the capital gains, not depreciation recapture,

that's important, against the gain on the home.

that you definitely want to capture.

Somebody purchases a house, the real estate market runs up

over the years, maybe they've been in it for 15 years,

20 years, and they want to sell it

and go move some place else.

And they say hey, how do I avoid the gain?

Sometimes they'll have a twist.

They say what if I want to keep it, and I want to make it

Most of the time, practitioners are going to say yes,

and they passed up the chance to use their 121 exclusion.

applies to before you sell it.

You have to be the owner, and you had to have lived in it

renting it too long, you would lose that deduction entirely.

In other words, you get past three years, it's gone.

make it into a rental, it does not

make sense to not use the 121 exclusion.

And then you're going to say, well, you can't use it.

Who do I sell it to?

I'm not going to sell it to somebody else.

How do I get to make it a rental property

and be selling it to somebody else?

How do I keep control of that, Toby?

Well, you have to think outside the box.

You can sell it to another taxpayer.

My business partner, Clint Coons, has done videos on this

and has done a really good job of explaining

how it works and the concept.

I'm just going to put a little more meat on the bones here.

All we're doing is we're literally taking you.

So let's say that I have a client,

You're the one who gets the 121 exclusion,

and we're going to sell it to another taxable entity.

The most obvious entity that is going to be the best

for the tax treatment on a rental property

is actually going to be an S-Corp.

And, so, we will make this into an S-Corp.

And when I say S-Corp, that means for federal tax purposes,

corporation that makes an S selection.

And all we're doing is selling it

at whatever the fair market value is.

It needs to be fair market value, something reasonable.

And, now, you will capture the 121 exclusion.

Let's say that I bought my house,

and we bought it, and we're looking

And you say hey, I don't really want to sell it,

The S-Corp agrees to pay you.

Now, a lot of you guys are going to say, wait a second,

where's the S-Corp going to get the money?

a bonafide sale, to make sure it's reasonable.

So you're going to want to make sure

that you fund the entity with something,

but the S-Corp can pay you over time

under an installment sale.

In other words, it doesn't have

to come up with all the cash now.

If you know how to do depreciation,

then you're going to take the land value,

of dollars to depreciate over 27.5 years.

amount of depreciation as a result.

Which means, if in 10 years I decide to sell it

I literally am going to get to keep

If I rent it, ordinarily if it was just me, and I turned

I have to subtract off of the land value,

but I would only get to depreciate a small amount,

so I lose all that benefit, that means

that I'd pay tax on all the rents.

So, in English, I pay a lot more in tax.

Plus, I just screwed up, and I didn't get

So, let me go over how this works.

You have to form the S-Corp.

You have to make sure that when you're selling it

that you use an installment sale.

And, most importantly, you're using an installment sale,

but the entity is actually going to elect out

of treating it as an installment sale.

So the entity immediately says I am buying

All that means for you is you're recognizing

all that income, even though you

haven't been paid the money yet.

I'm recognizing all of the income

in the year that I sold it because

These are just tax elections so that the IRS believes

hey, I know it hasn't paid yet.

I know it's going to be paying over time, and it's paying,

how is it paying me, by the way?

It's paying with the rent?

It's paying me on the note, yay!

You know, I'm going to get the cash.

Now, the sale has to be a bonafide sale.

This is a big one.

It has to be for fair market value.

So, I'd actually get an appraisal.

I would literally go get an appraisal on it,

and I would probably use whatever amount is going to

give me the most bang for my buck.

So, this number may be different.

I don't want to leave it on the table.

That's me personally; I don't have to

recognize the gain when I do that.

And I hope that is starting to sink in

that we're literally taking something

that we would have lost all of that exclusion,

and that exclusion is worth quite a bit,

depending on where you live, your capital gains rate,

plus your state, plus your net investment income tax.

All these things start adding up.

Next thing you know, you're looking at a 33% tax

that you gave up of tax savings, not of deduction of tax

you quite literally, just by doing

Once that property is in that S-Corp,

if you ever take it out and give it to yourself,

that is going to be treated as ordinary income.

It's going to be treated just like the company paid you.

So you don't want to do that.

to keep you from making mistakes,

but the rents still flow down as rents.

You have depreciation off-setting them.

There's a very good chance you're not going to

be paying any tax, depending on the numbers.

But if you have enough depreciation, there's a good chance

that you're receiving all those years

that's coming back into you, so it's a fantastic situation.

The only other thing you should be aware of is you

may be recognizing some interest on that note,

but it's peanuts in comparison to the amount that you're

going to capture and you're going to grab as the exclusion.

Most practitioners can't get their mind around it,

so they immediately say no, there's no other option.

There's always an option, and the thing

you want to get in your head is how.

Always be asking how can I defer tax?

How can I avoid paying taxes?

It's absolutely legal to avoid taxes,

but the biggest thing is always starting off with

is there a way and how do I accomplish it?

You want to be asking folks like myself and my group

and Anderson Business Advisors and my partners,

are there ways to get around this?

And if somebody's immediate reaction is no, there's no way,

pass on them and go to the next one

to see if someone can actually dig into it.

to push things off into the future

or capture something that you are entitled to.

We don't want to leave it on the counter.

We don't want to leave it on the table for somebody else.

We just pass it up.

No, we want to capture that.

We want to have our cake and eat it too.

We want to have the step up, so

that we get higher depreciation.

And we want to capture our big, 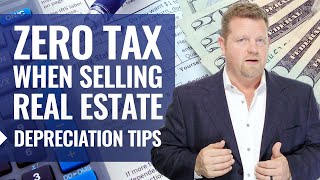 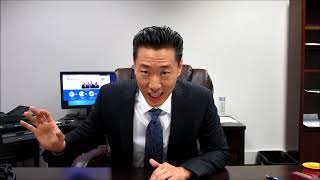 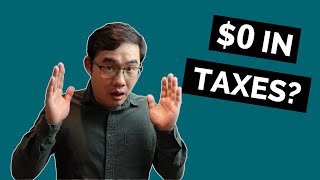 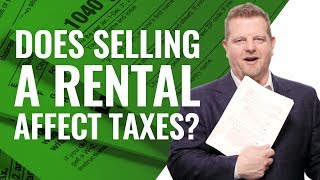 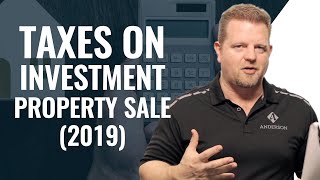 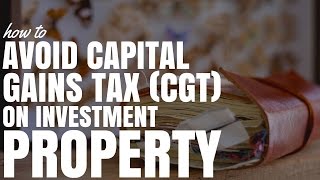 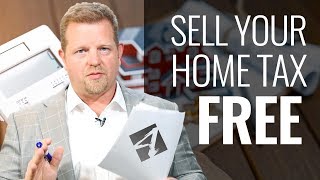 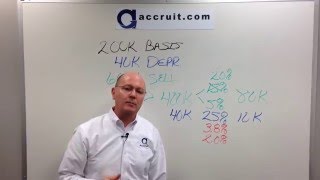 Capital Gains Tax on the Sale of Real Estate 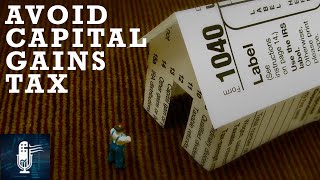 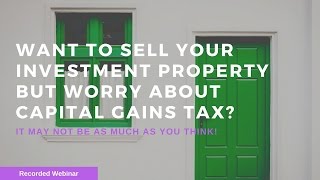 Want to sell your investment property but worry about capital gains tax?