How to sell paintings for millions

The formula for selling a million-dollar work of art

In September of 2008, something unheard of happened in the art world.

and sold every single piece.

It broke the record for single artist auction of $20 million back in 1993.

Hirst’s work included things like this zebra, this unicorn, and this painting made

Well for the most part, the artists aren't the ones behind it.

Okay, so obviously money isn’t the only value

that defines a work of art, and who knows how history will remember this unicorn.

But order to sell a million-dollar artwork, you need strong market value– and you

need extremely high demand. And a ton of work goes into creating that.

As Don Thompson describes in his book, the formula for art pricing goes something like this.

The bigger the work, generally the more expensive it is.

But, the biggest variable is the reputation of the artist. Sometimes you’re world-famous,

and sometimes you’re not.

But when a new artist steps into the art market,

the reputation of the artist heavily relies on the name of the dealer.

This shark by Damien Hirst is a good example. Hirst first began working with an art industry

giant, Charles Saatchi, in the 1990s. Saatchi commissioned Hirst to make anything

he wanted for £50,000 after seeing this cow’s head at a show shortly after Hirst’s graduation

fisherman and created this, injecting it with tons of formaldehyde.

Later in 2004, it was sold for $12 million to a billionaire hedge fund manager,

Steve Cohen. It was roughly 130 times the original price

but it makes sense considering Saatchi’s reputation. And it makes more sense when you think about

how it was bought – dealers can use selective information to get potential buyers to pay more.

Hirst’s huge auction I mentioned before…

For dealer-sold work, everything is private, including the prices, which gives dealers

the upper hand in pricing. In 1988, New York City tried to ban this by

reinforcing the Truth in Pricing law, and galleries fought back HARD, paying fines and

of the exhibition.” By keeping the price private, art dealers

can rely more on their reputation to make the artwork feel more valuable to the buyer.

Outside this equation, the basic laws of economics also apply. The next step of operations for

the dealer is creating scarcity. In 1999, when Jenny Saville, a new emerging

British artist became affiliated with Charles Saatchi, he convinced her to cut her work down to only

So what does this all result to? According to Artnet, the estimated size of

the art market was $64 billion in 2015. And market is growing outside of traditional

sales of galleries and auction houses. This chart shows the art world might be learning

is growing faster than the number of pieces. Sell less of it, for more.

But to sell that million-dollar artwork, you’ll need reputation bigger than Hirst’s, or

art world, but for the rest of us, selling art online has never been easier. The prices

are open and it’s accessible for a broad group of people.

And for one thing, now you know where to start: 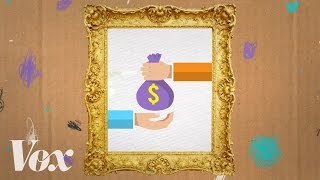 The formula for selling a million-dollar work of art 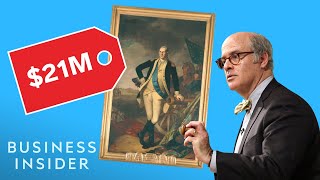 How To Sell Multimillion-Dollar Art At Christie's 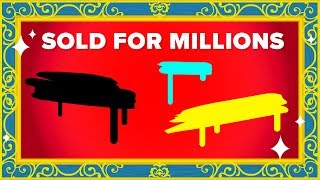 How Do "Dumb" Paintings Sell For Millions? 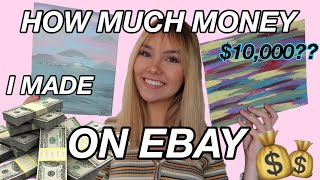 SELLING ART ON EBAY *i made HOW much???* 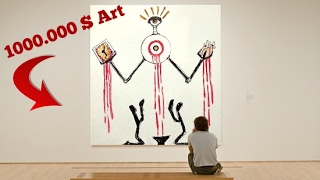 How To Make Expensive Art (Worth millions) (Easy) 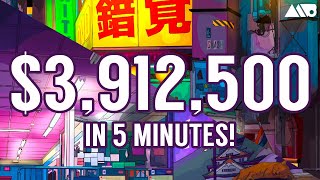 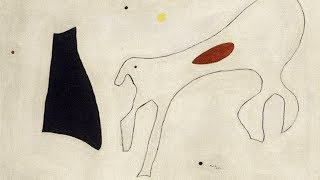 10 Ridiculous Paintings That Sold For Millions 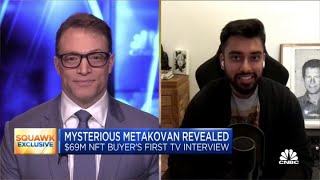 Metakoven on why he bought Beeple NFT for $69 million 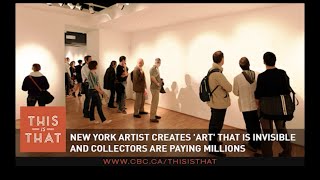 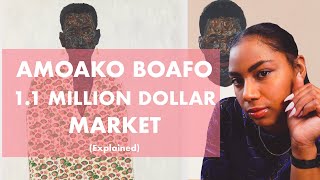