How to sell organs

How Much Are Your Organs Worth?

The world is desperate for organs.

If you need a new kidney in the US, you only have a one in three chance of acquiring it by legal means.

People are prepared to pay a lot of money to save their own or loved one's life.

So an international black market of organ procurement, trafficking, and surgery exists.

And you're just at wet sack of commodities.

It's illegal to sell human organs in most of the world, nearly every country runs on a donation system.

You sign up to become a donor, and in the unlikely event that you die in a healthy, clean, salvageable way

your organs can be transplanted into others. One person could potentially save eight lives and improve up to 50.

But there aren't enough donors to meet demand. Half of all people will die on the waiting list.

This desperation drives people to the black market, an international industry that exists to supply wealthy patients with new organs...

The black market accounts for 10 percent of all global transplants.

However unsavoury, the sale of human body parts is big business. Lungs and livers are as susceptible to market forces as coffee and cocaine.

A new kidney on the black market will cost you one to two hundred thousand dollars.

This is significantly cheaper than a legal operation.

But price will still depend on the location of the transplant and nationality of the donor.

A new heart will cost around 120 thousand dollars, but be prepared to pay three times that for the transplant.

The liver is special. You only need to transplant part of a liver and it will regrow.

So depending on how much you want. It will cost you between 10 and 150 thousand.

But most people will need two, and they have to be the right size.

These are the big five. The life-threatening organs are difficult to get hold of legally.

There are many other body parts for sale,

but either the demand is too low or the supply too high for them to be hugely popular on the black market.

They are available though.

If you want a small intestine, 2.5 thousand dollars.

Most body parts have to come from deceased vendors, on the black market that can mean corrupt hospitals, funeral directors,

executed prisoners and sometimes grave robbers. A partial liver transplant can be via a living donor, as can a single lung in rare cases.

But kidneys are the main event.

Everyone has two and you can survive with just one. Their widespread availability and the increase of

diabetes in the West means the illegal kidney trade is booming. They are by far the most traded organ on the black market.

There's four basic models of live organ trafficking. A growing trend and perhaps the least exploitative is the "direct" model.

Recipients will recruit a vendor themselves via the internet.

But this requires a lot of organization to ensure you're a match and you'll need contacts with a willing surgeon.

Another is by force.

This tends to overlap with general human and sex trafficking.

Vendors may be lured to a foreign country with the promise of work,

only for them to be forced to give up a kidney or more. It's rare that people are killed for organs

but it does happen. China used to force organ donation from prisoners.

They would be kept alive until parts of them were needed. In some parts of the world or creditor (often

a landlord) will accept a kidney as debt repayment.

This will usually have been the plan from the start - a kidney being much more valuable than a few months rent.

But by far the most common method is through a broker.

These are people who target areas of extreme poverty, claiming to offer people a way out by selling their kidney.

Although technically selling their kidney by choice. They usually have no other option.

It may be illegal to buy or sell a kidney but it's hard to view the recipient or the vendor as criminal.

They are usually on opposite sides of the world, at the extreme ends of wealth and society, yet united in their desperation.

It is the brokers that extort, coerce, and take advantage.

As a recipient you'll pay $200,000 and as a vendor you receive perhaps $4,000. The chain of middlemen and brokers in between will pocket the difference.

Like human trafficking or sexual assault, war zones are a major target for organ recruitment.

Refugees can have no employment, home, or support network. And only one valuable possession.

If you need to raise money to flee the country, selling a kidney may seem like the only option.

Since the beginning of their civil war, it's estimated over 20,000 Syrians have sold an organ.

It was a similar story after Thailand's 2004 tsunami,

Haiti's 2010 earthquake, and pretty much every major conflict or natural disaster of the last 30 years.

Selling an organ can generate some quick cash, but the medical risk is high.

On the black-market, qualifications and hygiene aren't priorities.

Infection, chronic pain, and the damaged remaining kidney are all too common.

These complications along with inability to work afterwards will often send a vendor further into debt and poverty.

So, what's the answer?

It's a difficult one because all the trafficking is similar, but fundamentally different to drugs or human trafficking.

It hurts and exploits a lot of vulnerable people,

yet the more effective we are at preventing it, the more people die.

One option is to legalise organ sales, allow people to sell their organs directly to hospitals and patients.

This would remove most of the middleman and ensure healthy clean operations.

It effectively eliminated their black market, and the number of people on their waiting list for a kidney today is zero.

But the Iranian model is unique to Iran and their laws.

They still face issues of corruption and coercion, as well as a problem with kidney tourism.

There's no reason it can't work in other countries,

but it will depend on the country's healthcare system and the industry's regulation. There's the moral issue to contend with as well.

The public is the product not the customer. You would be incentivising people to cause bodily harm to themselves.

This means the most vulnerable in our society would still be at risk.

Someone will always be willing to sell their kidney a little cheaper than the last person.

People in desperate need will still sell their organs for less than their worth. The exploitation is now just state sponsored.

To put it bluntly... The government would be harvesting organs from the poor.

Should organ sales be legal?

I personally err on the side of no. But there's no reason that under the right legal system, in the right country, with the right healthcare, that it couldn't save a lot of lives.

Yet at the end of the day, you're still taking health from somebody and giving it to another in exchange for money.

There is no morally convenient solution.

And no matter which system, the flow of organs is only ever in one direction. From poor to rich.

The only way to truly solve the organ problem is to meet demand.

We have to massively increase the legal supply of organs. And in most countries, for now,

Becoming a living donor to a stranger is an unbelievably kind act and it will always be rare.

But nearly everybody could become a deceased donor.

These are the current donor rates for [Europe] and the US. There's a lot of room for improvement.

Countries changing to an opt-out donor system will help, but not all that much.

Because no matter the system, no matter the donors wishes, the decision right or wrongly, nearly always comes down to the next of kin.

To learn about your country's donation system and how to become a donor visit humaninterests.co.uk/organs

But most importantly, tell your family and friends that in the event of your death, you want to donate your organs.

In a time of immense grief, it could save them having to make a very difficult decision.

And the lives of eight people. 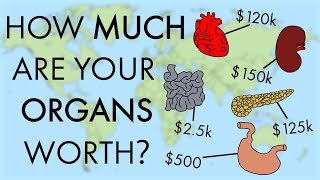 How Much Are Your Organs Worth? 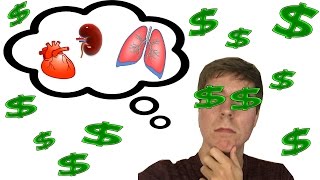 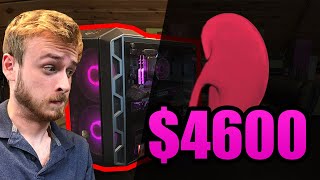 Top 10 Organs To Sell To Buy A Gaming PC 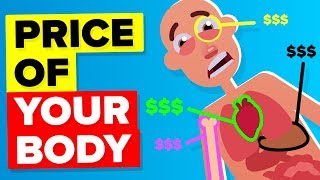 How Much Is An Entire Human Body Worth? 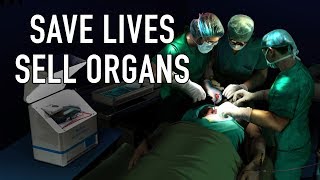 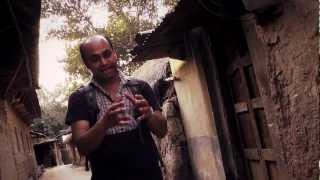 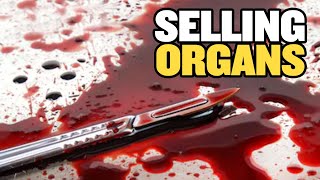 How to Make Money in China: Selling People’s Organs 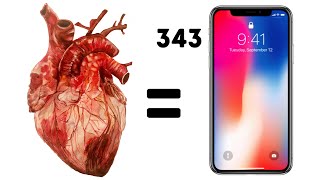 Top 10 Organs To Sell To Buy An iPhone! 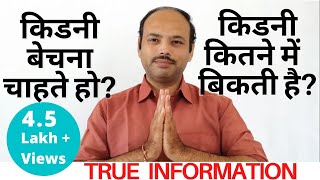 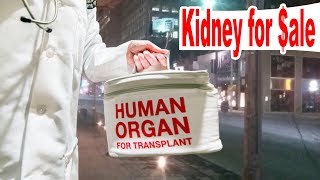 Kidney for Sale: The Black Market of Organs